In a county where learning English and getting a good test score on it is essential for basically everything from seeking a job to getting promoted, an increasing number of people are flocking to learning a less familiar language: Vietnamese.

The number of people in South Korea who took the Vietnamese Oral Proficiency Interview, a language proficiency test, jumped by 15 percent to about 800 from 2016 to 2017.

The number of Vietnamese learners in South Korea is still not huge, but the fact that is it increasing is not a coincidence. That trend comes amid increasing ties between South Korea and Vietnam. South Korea’s exports to Vietnam rose by 46.3 percent in 2017 alone, and have more than doubled over the last three years. Vietnam is now expected to become South Korea’s second largest export market by 2020.

As of the end of 2017, about 5,500 South Korean firms were up and running in Vietnam while as of November 2016, a total of 5,656 foreign direct investments had been made by South Korean companies.
This makes South Korea the biggest foreign investor in Vietnam, with total direct investment reaching a record-high $7.4 billion through the first 11 months of last year.

Vietnam’s rapidly growing economy played an important role in that boom. According to the Asian Development Bank’s latest outlook report, Vietnam is expected to see 7.1 percent and 6.8 percent economic growth in 2018 and 2019, respectively.

A recent dispute with China over the deployment of the U.S. Terminal High Altitude Area Defense missile defense system is also said to be another motive for South Korean companies to turn their eyes to Vietnam.

“Korean companies have long built factories in Vietnam, but the THAAD dispute has made Vietnam more attractive as a production base and an export market,” said Kim Ill-san, a director at the Ho Chi Minh City branch of the Korea International Trade Association during an interview with Bloomberg in early April.

Samsung is leading the way for Korean investment in Vietnam, followed by other peers such as Lotte and CJ.

Samsung Electronics set foot in Vietnam in 2008 by building its first mobile phone plant in northern Vietnam. Since then, the company has constructed the second plant in Hanoi in 2013 and a TV-focused consumer electronics complex in Ho Chi Minh City in 2016.

Samsung’s investment played a pivotal role in Vietnam’s economic development. Of Vietnam’s total exports, 11 percent were led by Samsung’s mobile phones in 2012, when Vietnam’s exports were in the black. As of last year, the company employed about 160,000 local workers and had about 200 local partners.

Ties between the two countries look set to deepen. South Korean President Moon Jae-in is looking to expand trade with Southeast Asia partners, and Vietnam is one of them. On a four-day visit to Hanoi last month, Moon described the growing relationship with Vietnam as a win-win deal.

During Moon’s visit to Vietnam, the two countries signed a total of six memoranda of understanding. When private sector deals are included, the number goes up to 18 MOUs, covering different sectors such as materials and vehicles, food processing, textiles and shoes, distribution, and logistics.

Such efforts to increase ties with Vietnam are echoed by private sector participants.

“Samsung will soon launch its research and development center as committed to the government and continue training and technology transfer for Vietnamese firms in the support industry, particularly small- and medium-sized ones, to help them engage in supplying components for Samsung projects,” said Phuc.

Lotte Mart, which operates 13 shops across Vietnam, plans to increase the number to 87 by 2020 while opening high-end hotels and apartments in major cities such as Ho Chi Minh City.

Smaller players have also turned their eyes to Vietnam. Seoul-based general cooking and food company Our home has recently begun to provide Vietnamese language courses to its employees ahead of its expansion to the country.

As of the end of 2017, only 4.9 percent of high school students in South Korea decided to take Vietnamese as a second language test for their university entrance exam, lagging behind Chinese and Japanese at 5.4 percent and 8.1 percent, respectively. That might change soon. 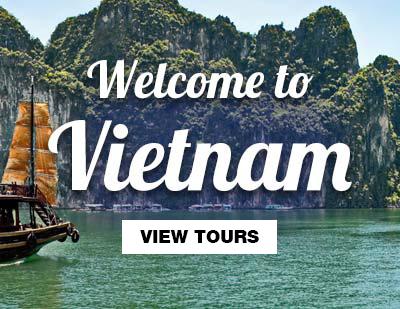